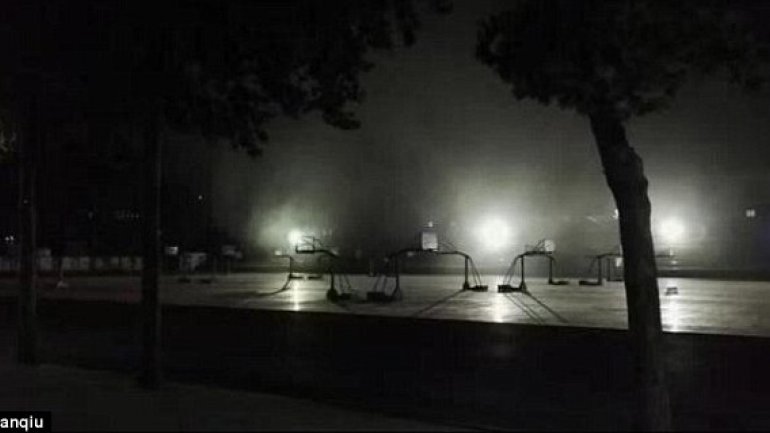 Shocking images have emerged of students continuing to study in a polluted classroom in China after a nearby pharmaceutical factory exploded, reports Daily Mail.

The explosions occurred at the Qilu Pharmaceutical on October 10 in Jinan, eastern China's Shandong province.

Powerful blasts caused white powder to fill the air of Dongjia Town, Licheng District, including the school which is situated next to the factory.

According to reports, the explosions took place at 8:50pm last night.

Smoke was seen coming out from the east side of the pharmaceutical company and local residents reported hearing two to three loud bangs.

However, the blasts did not make the teachers at a nearby school send their students home from a self-studying session.

A picture from Licheng Number Two High School shows the students sat at their desks studying. After the explosions occurred, teachers reportedly came into the classroom and closed the windows and the class continued.

Parents have complained to school about the teachers' conduct.

Both students and teachers have often complained of foul odors coming from the school.

After the explosions, some parents turned out to demand air quality testing.

The People's Daily Online reports that a pressure vessel with ethanol in it exploded in a workshop. It released a little amount of non-toxic gas but did not cause open flames.

People nearby felt the explosions and could smell a burning smell in the air. White powder also filled the air.

The incident is being investigated and there are no reported casualties.

People have been shocked by the incident on social media site Weibo.

One user wrote: 'Factories should not be built close to a school.'

While another commented: 'Students would have to wear masks at school.'

And one user said: 'Does this mean that there will be a medicine shortage.'