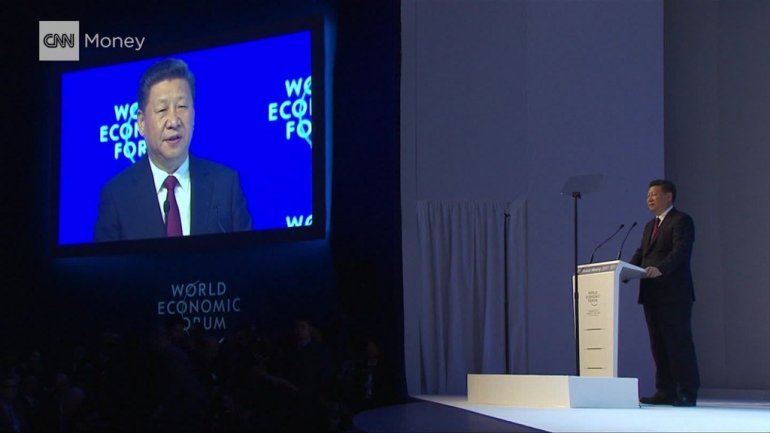 Chinese President Xi Jinping cautioned against protectionism as he pushed back against criticism of globalization by Donald Trump and other Western populists.

“Protectionism is like locking yourself in a dark room, which would seem to escape wind and rain, but also block out the sunshine,” Xi told the World Economic Forum on Tuesday, the first Chinese head of state to address the annual gathering in the Alpine resort town of Davos. “No one is a winner in a trade war.”

Xi used his speech to support a global economic order that has helped fuel China’s almost four-decade economic boom. While a surge in protectionist sentiment threatens to slow the engine of China’s growth, it also offers Xi a chance to advance his goal of shaping global economic systems. In his speech he did not refer to Trump by name.

The Chinese president called on the world’s business and political elite to address the problems of globalization, without turning away from economic trends that have fueled decades of growth. Leaders should address the excesses of growth, such as growing wealth gaps, while embracing new industries and innovation, he said.