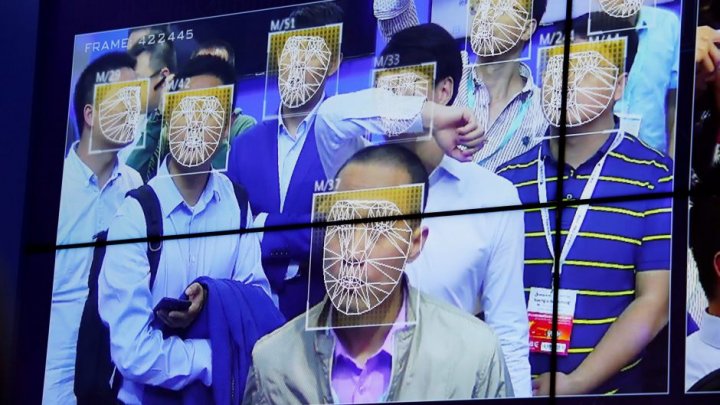 Railway police in Zhengzhou, a central Chinese city, are the first in the country to use facial-recognition eyewear to screen passengers during the Lunar New Year travel rush, Chinese state media reported (link in Chinese) this week. The devices have already helped nab seven fugitives related to major criminal cases such as human trafficking and hit-and-runs, and 26 others who were traveling with fake identities.

The glasses are connected to tablets that contain an offline database that can match passengers with suspected criminals. Unlike fixed cameras with facial-recognition capability, the wearable allows police to act more swiftly before their targets disappear into the crowd. Beijing-based LLVision, which developed the glasses, told the Wall Street Journal that the device was able to identify individuals from a 10,000-person database within one-tenth of a second during tests. A basic, video-only version of the glasses retails for around $630, and has been sold to countries including the US and Japan, according to the company.

China is leading the world in the use of surveillance technology, with plans to install 400 million new CCTV cameras nationwide in the next three years, and to build a facial-recognition database that can identify any Chinese citizen within three seconds. The far western region of Xinjiang, where authorities are increasingly tightening surveillance around the majority Muslim population, is turning into a laboratory for testing high-end spying technologies.