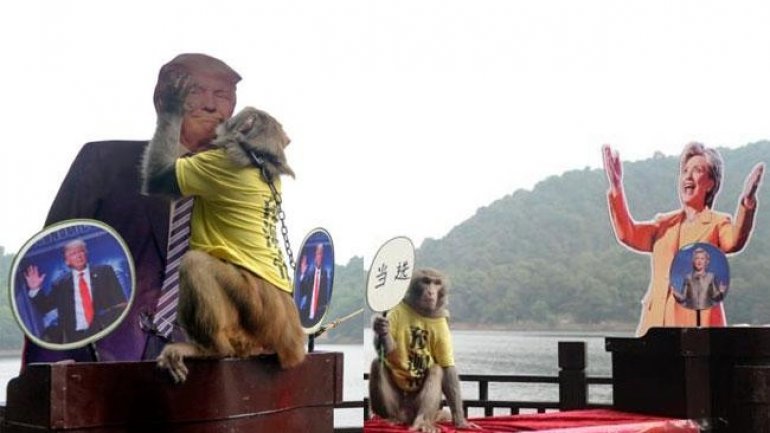 A Chinese monkey described as the "monkey king" has tipped Donald Trump for the US presidency, a tourism park said, after the creature successfully predicted the winner of football´s European Championship final earlier this year.

Known as Geda -- which means knots or goose bumps -- the primate is the latest in a series of purportedly psychic animals that have popped up around the world since Paul the Octopus correctly predicted multiple 2010 World Cup matches.

The simian seer, wearing a yellow shirt emblazoned with his title, was given a chance to pick between life-sized cut-outs of Republican Trump and his Democratic challenger Hillary Clinton.

After "deliberate thought" the mystic monkey chose Trump, Shiyanhu Ecological Tourism Park said Thursday in a statement on its website. Without even waiting, he congratulated the cardboard candidate with a kiss on the lips.

Geda´s antics seem to have been inspired by the oracular octopus Paul.

In 2010, Paul the Octopus became the world´s most famous mollusc when he foretold the results of every match played by Germany at the World Cup in South Africa, as well as Spain´s victory against the Netherlands in the final.