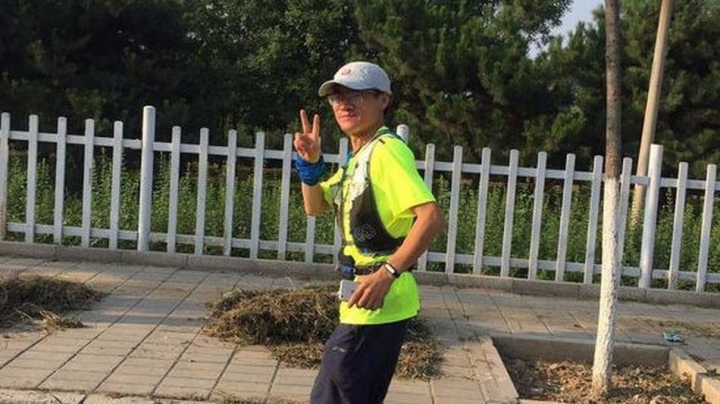 A Chinese man from Chongqing, China, has been hailed as China's "Forrest Gump" after he completed a 222 kilometre run around a Beijing expressway in 45 hours, reports mashable.com.

Although the 30-year-old Liu Zhongjie is not the first Chinese man to manage the feat, his marathon theme "for belief and for her" has touched the hearts of netizens.

Liu who currently works in the Chinese capital city, told local reporters that he was single and hopeful that he'll find love.

Before he set out on his run on Friday, he updated his WeChat page with the status: "Do what you love and you will meet the person you love."

He told China.org: "Of course, I also hope to meet my sweetheart."

According to China Daily, Liu took part in high-altitude hikes to build up his endurance in preparation for the challenge.

Throughout the run, Liu took a total of three hours worth of breaks. Some joggers also joined him along the way to show their support.

When Chinese reporters asked him if he was disappointed that he didn't manage to break the record of the first man who ran the same route in under 44 hours a month earlier, Liu responded: "I ran to challenge (myself), not to compete with anyone."