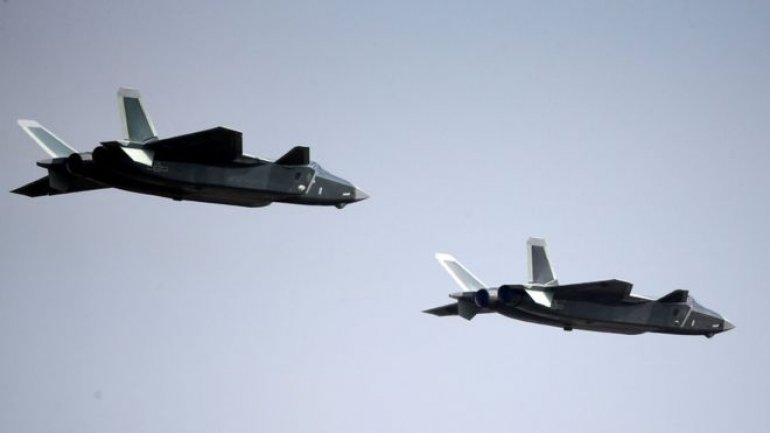 China has showcased its long-awaited J-20 stealth fighter in public for the first time, reports BBC.

Two of the radar-evading jets did a 60-second flypast at the Zhuhai air show in Guangdong province - the country's biggest meeting of plane makers and buyers.

Previously the jets had only been seen by bloggers.

The fighters are being seen as symbol of Beijing's desire to modernize and upgrade its military capabilities.

President Xi Jinping wants to toughen China's armed forces as it takes a more assertive stance in the region, especially in the South China and East China seas.

The J-20 has been developed and made by the Chengdu Aircraft Industries Group, a subsidiary of Aviation Industry Corporation of China.

Some have likened the new fighter to Lockheed Martin's F-22 Raptor jet, with industry analyst Bradley Perret of Aviation Week saying the jet was "clearly a big step forward in Chinese combat capability,"

China's International Aviation and Aerospace Exhibition - also called Airshow China - has become one of the world's biggest events of its kind.

And with China set to become the world's biggest aviation market in the next decade, the show is an opportunity for Beijing to demonstrate its ambitions in civil aviation as well as defense.

Although firms from around the world are exhibiting at the meeting, it is the latest Chinese aircraft and weapons that are getting the most attention on day one of the event.

Also hotly anticipated is the AG-600 seaplane, the largest of its kind in the world and likely to be used for search and rescue missions as well as patrolling China's seas.

A Xian H-6K bomber and the new Changhe Z-10K attack helicopter are also expected to make their first appearances.