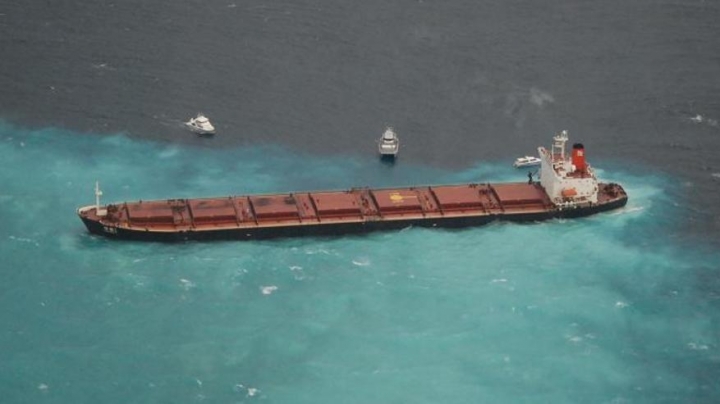 The Australian government has agreed a $29.6m settlement with the owners of a Chinese coal carrier that caused significant damage to the Great Barrier Reef more than six years ago, reports BBC.

Conservationists have described the settlement, which is less than a third of the full clean-up cost of $105m, as "woefully inadequate".

The clean-up operation will begin mid next year.

The 230m ship had grinded against a coral shoal for more than a kilometre, turning coral into dust.

Shenzhen Energy Transport, the firm behind the carrier, refused to accept responsibility for the damage for six years.

They argued the reef was self-healing and the company should not have to pay the bill.

On Monday, the two sides reached an out-of-court settlement.

The settlement showed Australia would "use every available means to pursue ship owners who are negligent in causing damage to the reef", Environment Minister Josh Frydenberg said.

The funds will allow the Great Barrier Reef Marine Park Authority to remove toxic anti-fouling paint and rubble, allowing the reef to be restored.

"The government has said the full clean up will cost more than $105m so to settle for such a small figure is disappointing," Greenpeace's Pacific reef campaigner Shani Tager told news agency AFP.