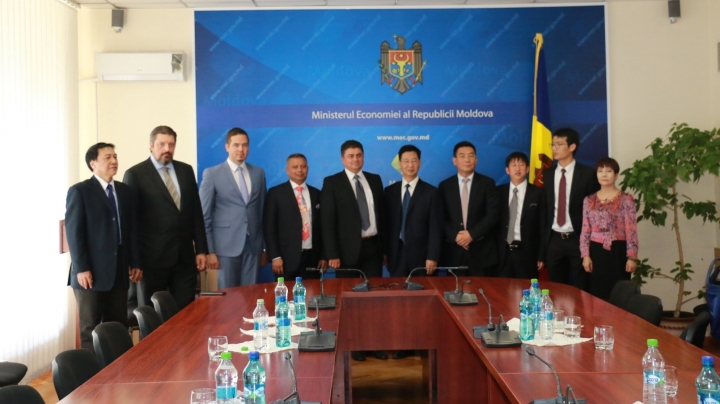 A group of businessmen from China are interested in initiating some investment projects in national economy, especially in infrastructure and energetic field. The initiative was announced during the discussions with the deputy minister Octavian Calmac.

During the discussions, Octavian Calmac reviewed the investment opportunities given by Moldova to international companies, mentioning that the attraction of direct foreign investments in the national economy is one of the priorities of the Moldovan Government.

The Chinese businessmen have declared that they are interested in the initiation of investment projects in infrastructure, construction, energetic field, etc.

The parties have agreed on the continuation of the bilateral dialogue regarding the possibility of initiating some investment projects of cooperation in the energetic field, including through the participation at the implementation of energetic infrastructure projects: the development of private partnerships with companies from China regarding the development of Free Economic Zones, Marculesti International Airport for a HUB Carco and Bati airport for passengers transport.

The interlocutors also approached the possibility of the participation of Chinese companies at the rehabilitation of national roads and railways which are connecting the main European roads on Bucharest-Chisinau-Kyiv or Odessa, the participation at the development of internal network of optic fibers for sending data and governmental communication, and the development of exhibition space from Moldexpo JSC, the national operator from the exhibition field.