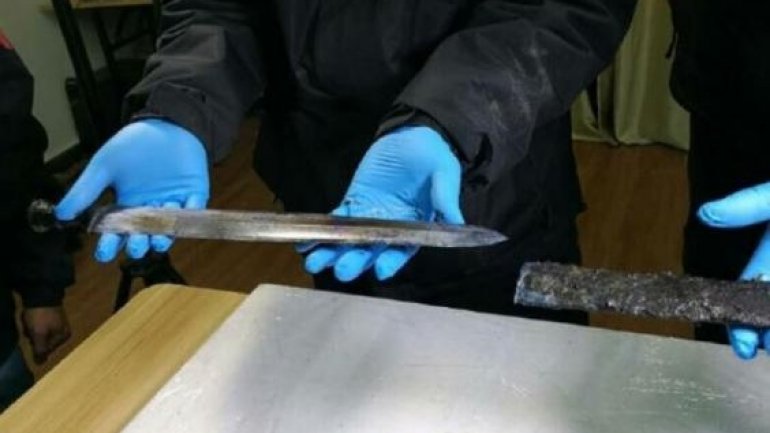 A Chinese sword removed from its scabbard for the first time in more than 2,000 years was so well-preserved it was still shiny.

Archaeologists discovered the ancient weapon, believed to be around 2,300 years old, in a tomb among the ruins of Chengyang City in central China.

When they unsheathed the large blade from its muddied cover, they found it had not oxidised but was still sharp, shiny and in near-perfect condition.

The team from Henan Provincial Institute of Cultural Relics and Archaeology posted pictures and a video of the sword on Chinese social network Weibo.

The artefact is believed to be from China’s Warring States period, from around 475 to 221 BC, when the Zhou Dynasty region was divided between eight states which often saw fierce fighting.