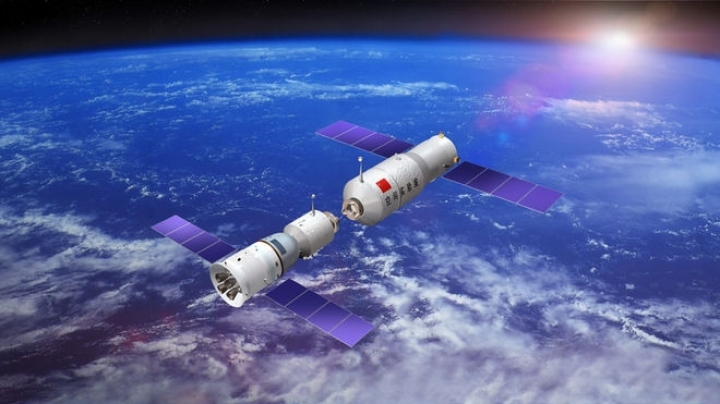 China’s first space station is expected to come crashing down to Earth next year, fuelling concerns that Chinese space authorities have lost control of the 8.5-tonne module, reports The Guardian.

The Tiangong-1 or “Heavenly Palace” lab was described as a “potent political symbol” of China’s growing power when it was launched in 2011 as part of an ambitious scientific push to turn China into a space superpower.

However, speaking at a satellite launch centre in the Gobi Desert last week officials said the unmanned module had now “comprehensively fulfilled its historical mission” and was set to re-enter the earth’s atmosphere at some point in the second half of 2017.

“Based on our calculation and analysis, most parts of the space lab will burn up during falling,” the deputy director of China’s manned space engineering office, Wu Ping, was quoted as saying by official news agency Xinhua.

The announcement appeared to confirm months of speculation that China had lost control of the 10.4m-long module after it suffered some kind of technical or mechanical failure.

Jonathan McDowell, renowned Harvard astrophysicist and space industry enthusiast, said the announcement suggested China had lost control of the station and that it would re-enter the Earth’s atmosphere “naturally.”

If this is the case, it would be impossible to predict where the debris from the space station will land.

McDowell said a slight change in atmospheric conditions could nudge the landing site “from one continent to the next”.

While most of the eight tonnes of space station would melt as it passes through the atmosphere, McDowell said some parts, such as the rocket engines, were so dense that they wouldn’t burn up completely.

Wu Ping, the space official, told reporters the lab – which was launched into space amid great fanfare in September 2011 – had made “important contributions to China’s manned space cause” during its four and a half years of service.

She claimed its return to earth was “unlikely to affect aviation activities or cause damage to the ground”.

Wu said Tiangong-1 was “currently intact” and that authorities would “continue to monitor [it] and strengthen early warning for possible collision with objects.”

Space enthusiasts who have been monitoring Tiangong-1, and attempting to draw attention to its plight, fear there is a risk – albeit small – that pieces of the falling lab could cause damage back on earth.

China’s first space lab was most likely to land in the ocean or in an uninhabited area, Dorman admitted.