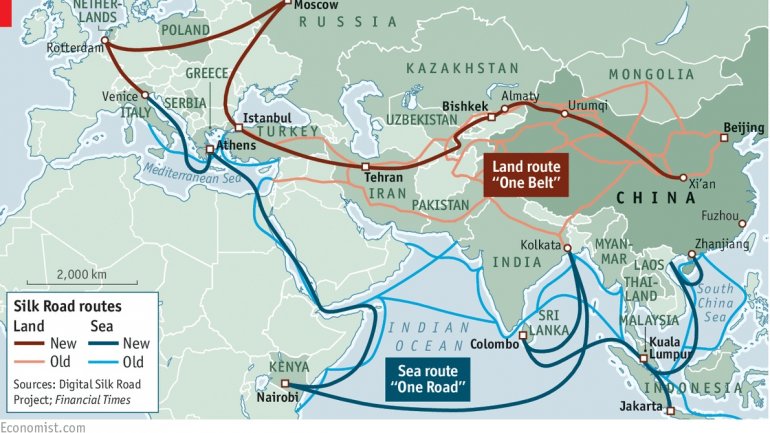 It's a "great gift to humanity" in the bumptious parlance of Beijing.

China's grand plan to revamp trade corridors to Europe involves around 60 countries and hundreds of billions of dollars' worth of new networks of roads, ports, railways, power stations, and energy pipelines.

But the so-called One Belt, One Road (OBOR) project doesn't appear to pack many presents for Russia. In fact, analysts say, it largely ignores China's sprawling frenemy to the north and its 11 time zones' worth of aging infrastructure and potential investment.

"If you look at how the [OBOR] is being rolled out, you can tell that Russia almost doesn't feature in it," Sijbren de Jong, a strategic analyst at The Hague Centre on Strategic Studies, told RFE/RL.

While the OBOR "belt" of proposed rail and pipeline networks in former Soviet states crisscrosses Central Asia and spans Belarus and Ukraine, links in Russia appear mostly limited to its southern periphery, along with Moscow and St. Petersburg and new pipelines to Kazan and Irkutsk.