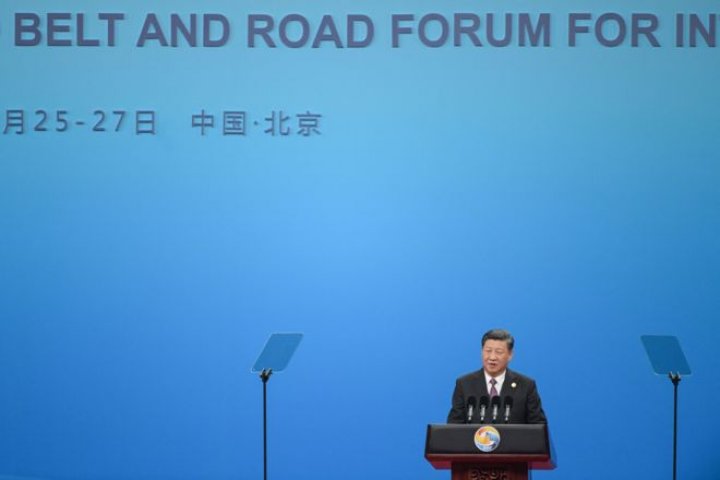 China's President Xi Jinping has sought to ease concerns about its Belt and Road project at a summit in Beijing.

Speaking at the forum, Mr Xi vowed to ensure transparency and the "fiscal sustainability" of all projects.

The initiative is seen by some as a bid for geopolitical influence and has been criticised for indebting recipient countries, writes BBC.

Mr Xi also sought to address key US trade concerns ahead of talks between the two countries next week.

Speaking on the second day of the Belt and Road summit, Mr Xi said the aim of the infrastructure programme was "to enhance connectivity and practical cooperation".

The ambitious initiative, which is expected to involve more than $1 trillion in investments, has already funded trains, roads, and ports in many countries.

He said the programme was about jointly "delivering win-win outcomes and common development".

"Everything should be done in a transparent way and we should have zero tolerance for corruption," he said.

"We also need to ensure the commercial and fiscal sustainability of all projects so that they will achieve the intended goals as planned."

The project has been criticised for leaving some countries saddled with debt, with Sri Lanka forced to hand over control of a port in 2017 to pay back some of its foreign loans.

With trade talks between the US and China due to resume next week, Mr Xi also sought to address some of the key points under dispute.

Negotiations between the two countries have been ongoing since December when both sides agreed to suspend tit-for-tat tariffs.

The US accuses China of stealing intellectual property and wants Beijing to make changes to its economic policies, which it says unfairly favour domestic companies through subsidies.

It also wants China to buy more US goods to rein in a lofty trade deficit.

China accuses the US of launching the largest trade war in economic history and many there see the trade war as part of US efforts to curb its rise.

In his speech, Mr Xi said China would boost efforts to secure intellectual property protection, increase imports of goods and services and ensure a fair trading environment for firms, while also stressing the need for equitable treatment.

"We will overhaul and abolish unjustified regulations, subsidies and practices that impede fair competition and distort the market," Mr Xi said.

"We hope that other countries will also create an enabling environment of investment, treat Chinese enterprises, students and scholars as equals, and provide a fair and friendly environment for them to engage in normal international exchanges and cooperation."