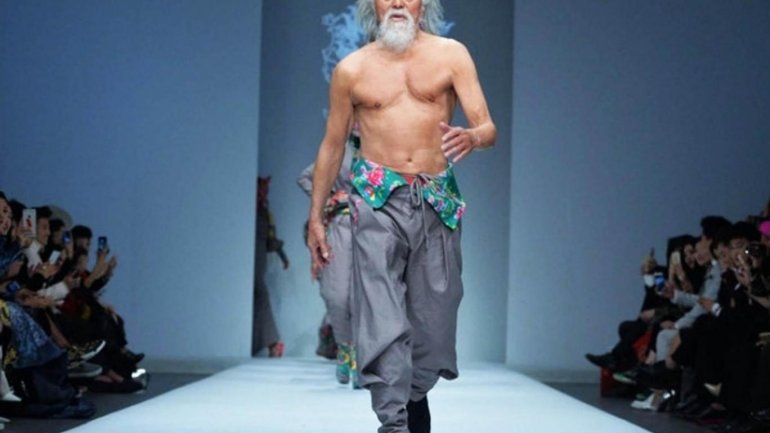 Since strutting bare chested down the runway last year, an 80-year-old man is being dubbed as China’s hottest grandpa, Independent informs.

Actor Wang Deshun has featured in films such as The Forbidden Kingdown and Warriors of Heaven and Earth and made his catwalk debut at Chinese Fashion Week, where he stole the show by storming shirtless down the runway with a seriously toned physique and long grey hair.

A picture of good health, Mr Wang is flouting China’s concerns of a rapidly ageing society with the mentality that getting older should never be used as an excuse for giving up.

It’s a topic he speaks passionately about online, saying in one popular video: “Many people started noticing me after a catwalk show…But do you know what? To prepare for this day, I've been getting ready for 60 years.”

Born in Shenyang in northeast China, he became a theatrical actor at 24, started learning English at 44 and set up his own pantomime troupe at 49. After moving to Beijing, Mr Wang hit his first gym at 50 and never looked back.

He makes clear that even in our golden years, we must continue to challenge ourselves and refrain from thinking it’s ever too late to achieve our dreams.

“Believe me, potential can be explored. When you think it’s too late, be careful you don’t let that become your excuse for giving up. No one can keep you from success except yourself.”

So next time you feel a senior moment coming on or groan as you bend, remember his words: “When it’s time to shine, be the brightest”.