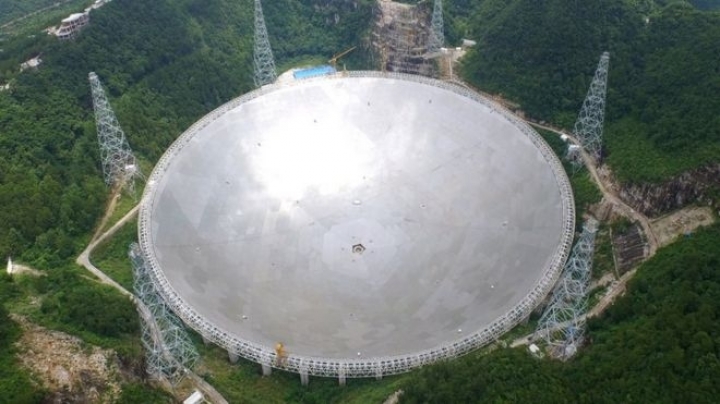 The world's largest radio telescope, which has been built in China, is beginning an intensive testing phase, reports BBC.

Chinese scientists report that the giant dish, which measures 500m across, is complete and has received its first signals from space.

It will now take three years to calibrate the instrument so it can become fully operational.

The facility, part of China's drive to become a science powerhouse, was opened at a ceremony on Sunday.

"For many years, we have had to go outside of China to make observations - and now we have the largest telescope. People can't wait to use it."

The radio telescope, located in a vast natural crater in Guizhou Province in southwest China, has been an ambitious project for the National Astronomical Observatories of China.

With its 500m dish made up of thousands of triangular panels, it dwarfs the former record holder, the Aricebo Observatory in Puerto Rico with a diameter of 305m.

By comparison the Lovell telescope at Jodrell Bank in the north of England measures 76m across.

Yet despite the scale, construction took just five years and cost $180m.