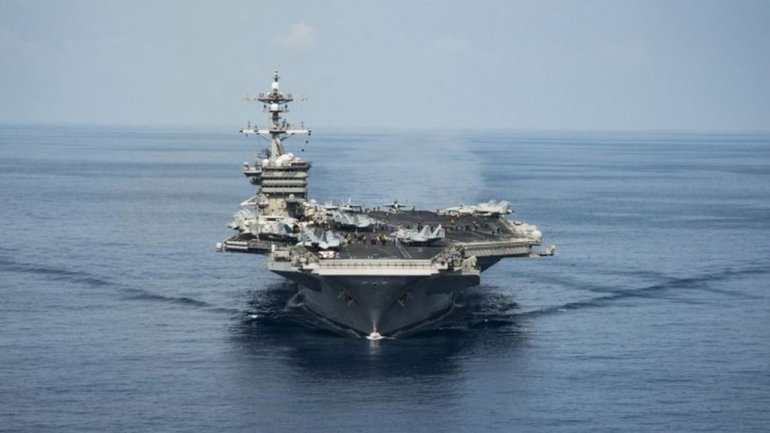 China's president has urged restraint on North Korea in a call with Donald Trump, a day after Pyongyang threatened to sink a US aircraft carrier, BBC reports.

The telephone conversation is the second between the two leaders since they met in Florida earlier this month.

It highlights Chinese fears that tensions between the US and North Korea could erupt into conflict.

On Sunday state media said North Korea was "ready to sink" US aircraft carrier USS Carl Vinson, which the US says is due to arrive off the Korean peninsula "within days".