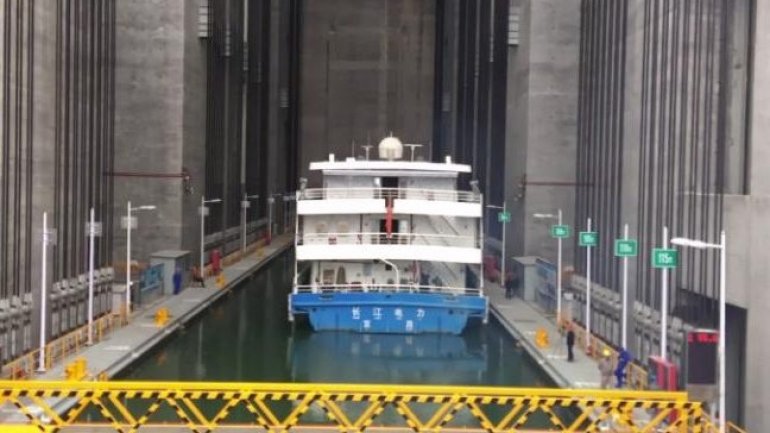 China has unveiled the biggest shiplift in the world at the massive Three Gorges Dam - and the Telegraph was among the first media to take a ride in the huge structure, The Telegraph reports.

Standing at more than 40-storeys high, the incredible feat of engineering represents the final stage of construction at the dam, which is based in the central province of Hubei.

Ships weighing up to 3,000 tonnes travel 113 metres either up or down to continue their journey on the mighty Yangtze River.

At about 40 minutes for each trip, it is a quick and efficient alternative to the locks which are used by the larger vessels.

"We can say that the ship lift is one of the greatest achievements of the Three Gorges Dam project," said Wu Xiaoyun, chief project manager of the shiplift.

"That is because the dam has broken many world records, and this ship lift has also done that."

Mr Wu said that the shiplift had undergone a series of strict safety tests, which include ensuring the structure remains stable if water leaks from the 'ship chamber'.