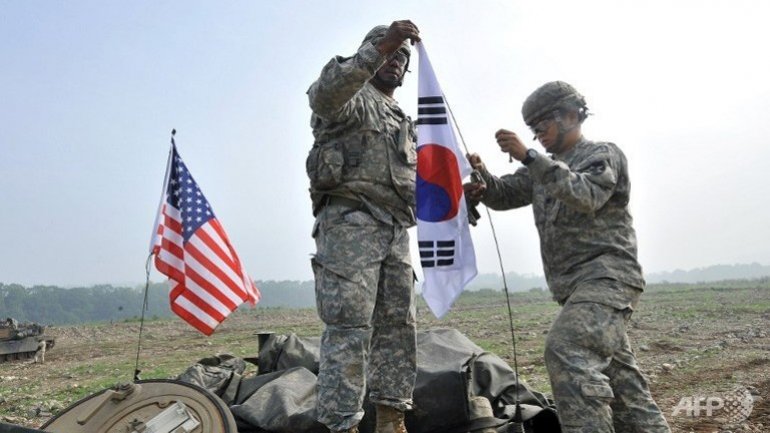 Russia and China are criticizing Washington after the U.S. military started moving parts of a missile-defense system to a deployment site in South Korea amid tension with the North.

Speaking at a security conference in Moscow on April 26, Russian Foreign Minister Sergei Lavrov said that what he called the "accelerated deployment" of the Terminal High-Altitude Area Defense (THAAD) system was "a highly destabilizing factor" on the Korean Peninsula.

Lavrov voiced what he said was Russia's "profound concern" over both the "ongoing implementation of Pyongyang's missile and nuclear programs, and the disproportionate expansion of military activity of the United States and its regional allies under the pretext of a North Korean threat."

China said it had expressed serious concern to Washington and Seoul over the steps to deploy the THAAD system. At a daily news briefing in Beijing, Foreign Ministry spokesman Geng Shuang said China urged the United States and South Korea to withdraw the system.