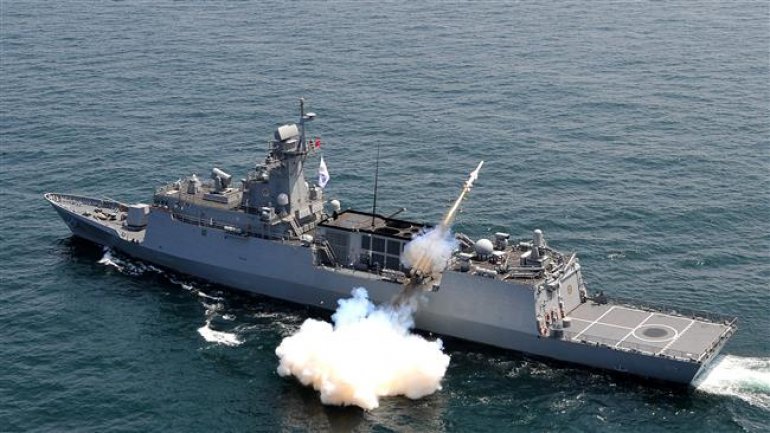 China's defense ministry said on Monday it was paying close attention to this week's navy drills between the United States and South Korea, and urged them to exercise restraint and not exacerbate regional tensions, reports Reuters.

China has been angered by a decision to place an advanced U.S. anti-missile system in South Korea, saying it will threaten China's own security and do nothing to calm things down with nuclear-armed North Korea.

Seoul and Washington say the missile system is purely to act as a defense against North Korean missiles, and have denied it is aimed at Beijing.

"We hope the relevant sides remain calm and exercise restraint, and not do anything to exacerbate regional tensions," it added, without elaborating.

Tension on the Korean peninsula has been high this year, beginning with North Korea's fourth nuclear test in January, which was followed by a satellite launch, a string of tests of various missiles, and its fifth and largest nuclear test last month.

China is isolated North Korea's most important economic and diplomatic backer, but Beijing has been infuriated by its nuclear and missile tests and signed up for strong United Nations sanctions against Pyongyang.

However, China says the United States and Washington have a responsibility to lower the temperature as well, including not carrying out military drills.