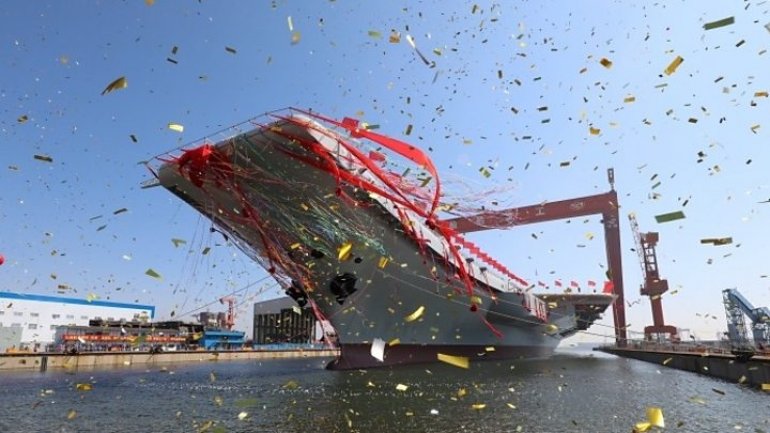 China has launched a new aircraft carrier in the latest sign of its growing military strength, according to BBC.

It is the country's second aircraft carrier, after the Liaoning, and the first to be made domestically.

The as-yet unnamed ship was transferred into the water in the north-eastern port of Dalian, state media said. It will reportedly be operational by 2020.

It comes amid heated rhetoric between the US and North Korea and ongoing tensions in the South China Sea.