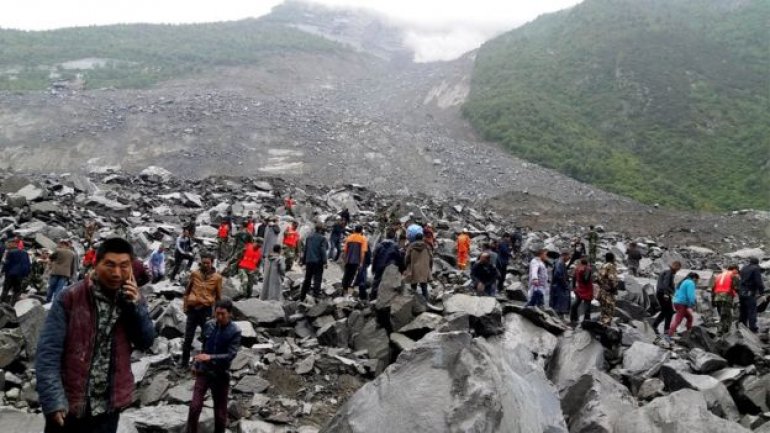 More than 140 people are feared buried in a landslide in Sichuan province in south-western China, state media say, according to BBC.

About 40 homes were destroyed in Xinmo village in Maoxian county, after the side of a mountain collapsed at about 06:00 local time (22:00 GMT Friday).

Rescue teams are frantically searching for survivors trapped beneath rocks.

A couple and a baby were rescued and taken to hospital after teams of workers used ropes to move large rocks while dozens of others searched the rubble, AFP news agency reports, citing local authorities.