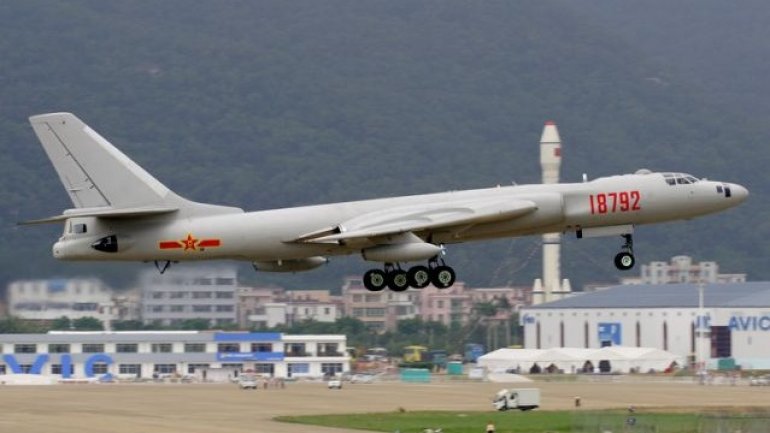 In a show of strength, China has flown a nuclear-capable bomber beyond its borders in what US officials say is in response to Trump's phone call with the Taiwan president.

The Xian H-6 bomber flew along the disputed 'nine-dash line' around the South China Sea on 8 December. This marks the second time Beijing has flown bombers in the disputed area since Trump was elected president, US officials told Fox News.

According to Military Today, "The H-6K is designed for long-range attacks and stand-off attacks. It is considered as a strategic bomber. It is capable of attacking US carrier battle groups and priority targets in Asia. This aircraft has nuclear strike capability."

The president-elect has voiced his criticisms of China on Twitter, including what he has called "a massive military complex in the middle of the South China Sea."

The Pentagon was alerted to the Chinese long-range nuclear bomber on Friday (9 December). American intelligence satellites have seen China preparing to ship more advanced surface-to-air missiles to the contested islands in the South China Sea.

Trump's call with Taiwan's President Tsai ling-wen broke a protocol dating back many years after American leaders stopped communicating directly with Taiwan presidents in 1979. US officials called to reassure Beijing that the US still adheres to the One China policy, which does not recognise Taiwan as its own sovereign nation.