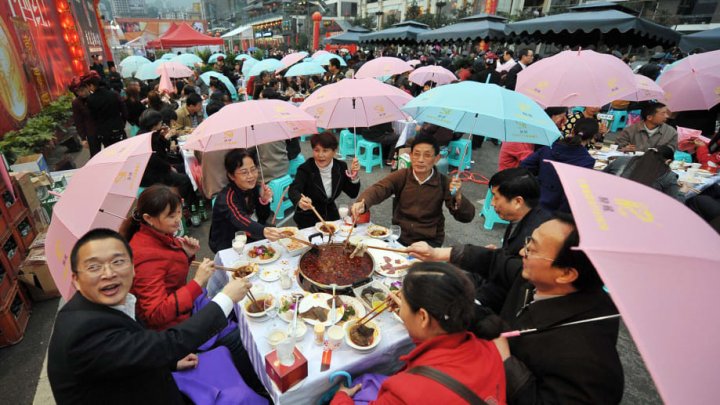 For travelers fascinated by super metropolises, there's no better place to visit than China.
With a population of 1.3 billion people and rising, the country unsurprisingly boasts the world's highest number of megacities.
So what qualifies as a megacity? Most commonly, it's defined as an urban agglomeration of 10 million or more inhabitants.
That's the equivalent of the population of Sweden.
According to the United Nations' data booklet, China has six of the world's 33 megacities. The China Statistic Yearbook, however, indicates that there are at least 10 cities with more than 10 million permanent residents.
It's worth noting that population data is tricky to produce in China. One reason is the sustained wave of migrant workers moving from rural to urban areas. Millions make the switch every year, often without securing the proper household registration, or "hukou."
(Populations listed in this article are the most recent figures released by each provincial government.)
These cities are often some of the country's biggest tourist destinations, too.
"Being a megacity means more business and population, which will certainly increase the exposure of the city in international media," Mimi Li, an associate professor in China Tourism at the Hong Kong Polytechnic University, tells CNN Travel.
"Cities with long history such as Beijing, Shanghai and Guangzhou benefit from positive brand image and a wealth of cultural attractions. A newly developed vibrant city may bring in business travelers, with Shenzhen as a good example.
"Now that the tourism industry has been seen as a strategic pillar in the national economy of China, we foresee a closer relationship between city development and tourism development," says Li.
Li highlights Hangzhou and Chengdu as up-and-coming tourism hotspots in China.
"Hangzhou would mainly benefit from, in addition to the cultural resources, its vibrant business environment and innovative atmosphere," says Li.
"Chengdu has been long perceived as a leisure city by Chinese domestic tourists. In addition, Chengdu benefits from its vast tourism resources."
Indeed, there's so much more to these cities than just high populations.
Covering everything from exciting tourism developments and financial prowess to geographical grandness, CNN Travel looks beyond the figures to highlight 14 humongous cities -- including China's big six listed by the UN -- that boggle the mind and spark wanderlust among fans of urban spaces.
Read more on cnn.com.
AFLĂ imediat Știrile Publika.MD. Intră pe Telegram