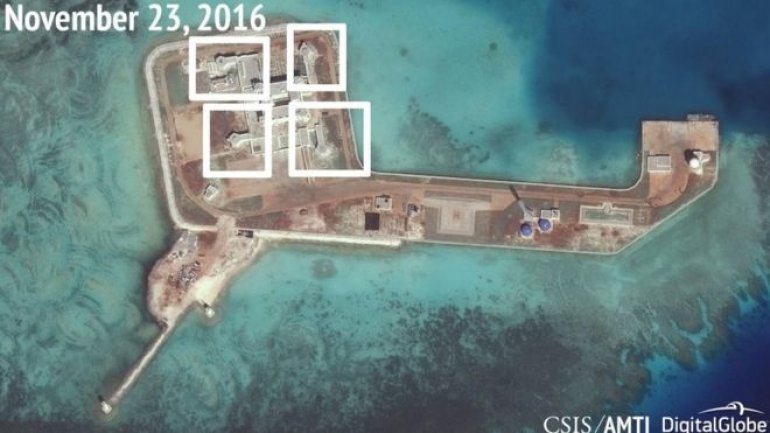 China had previously committed to not militarising its controversial developments in the region.

But satellite images published by a US group appear to show anti-aircraft guns and missile defence systems on the seven islands.

In a report on Wednesday, the Asia Maritime Transparency Initiative (AMTI) said it had been tracking construction of hexagon-shaped buildings on four of the Spratly islands for several months.