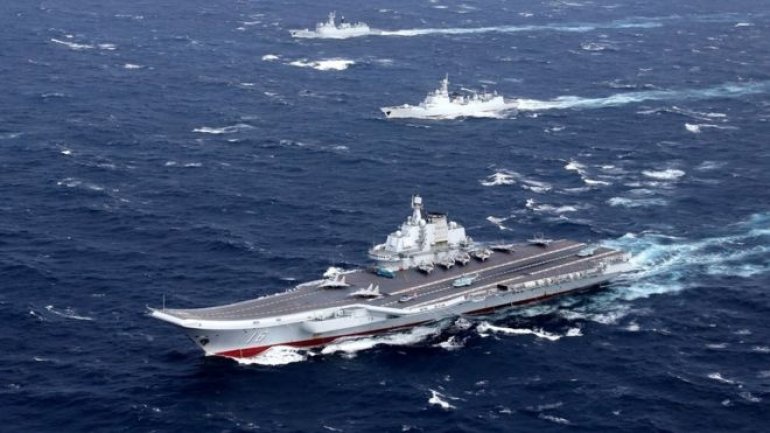 The Liaoning was returning from drills in the South China Sea.

It did not enter Taiwanese waters but did cross its air defence identification zone (ADIZ), the ministry said.

It is the latest escalation amid tensions between the two neighbours, and Taiwanese authorities have asked the public to remain calm.

China considers self-governing Taiwan part of its territory, to be reunited with the mainland by force if necessary.

Tensions have been high since US President-elect Donald Trump broke with long-standing diplomatic protocol and took a congratulatory phone call from Taiwan's President Tsai Ing-wen.

The head of Taiwan's Mainland Affairs Council, Chang Hsiao-Yueh, said the authorities were monitoring China's actions and appealed for calm.

China has increased military drills near Taiwan, and spoken of "increased levels of uncertainty" in relations with the island.

A diplomatic row was again kicked of when Ms Tsai visited the US at the weekend in transit to Central America and met with officials, despite protest from Beijing.