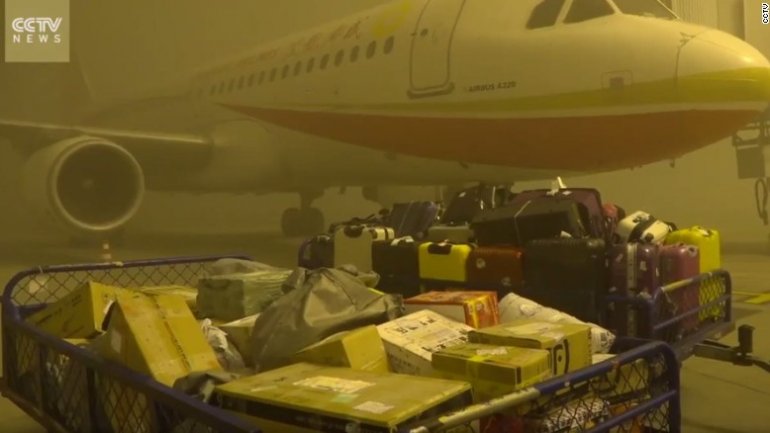 More than 20,000 people are stranded at an airport in Chengdu, China, as flights were grounded by heavy smog and fog, Chinese state-run media reported.

Multiple flights to and from the Chengdu Shuangliu International Airport in central China were canceled or delayed, while many were forced to land at other airports, China's Xinhua news agency reported, calling it "the worst fog to hit the ... city in years."

Images from China Central Television (CCTV) showed weary passengers asleep in their airport seats and others eating instant pot noodles, while crates of luggage sat on the tarmac next to grounded planes.

The airport's runway was closed for nearly 10 hours, an airport statement said, saying the conditions had disrupted the most flights and the highest number of passengers in years, CNN reports.

Chengdu's air quality was measured at 280, a level within the "very unhealthy" category, according to the World Air Quality Index.

Pollution levels in industrial cities south of the capital, Beijing, soared to levels as high as 875, considered extremely hazardous.

Heavy fog disrupts flights in and out of Chengdu airport, more than 10,000 passengers affected pic.twitter.com/Dqh7pyC8xb