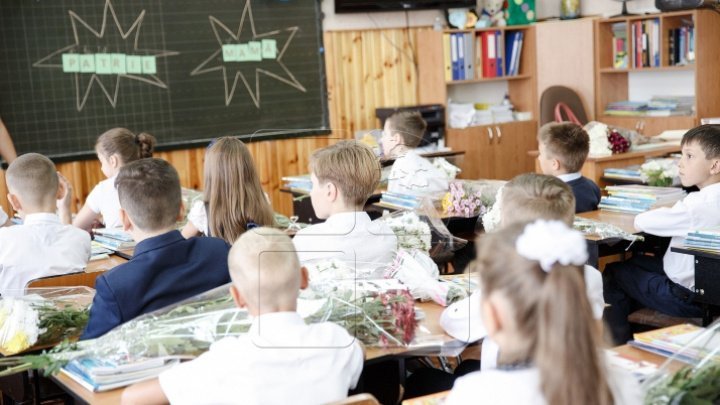 Nearly 2,000 children at high risk of school dropout will receive counseling and help from the state. The General Police Inspectorate launched the campaign Child-trained - Child protected" together with a sports club, civil society and the Metropolitan Church of Moldova. The cops will provide pupils with stationery and clothes, so that minors reach the schools on September 1.

"According to our analysis, if we make the effort and educate those 1,900 children, we will be able to maximally reduce the number of children involved in committing crimes. They risk not going to school because they don't have necessary things", said Gheorghe Cavcaliuc, deputy head of the PGI.

The first donations came from a number of officials who announced they would donate in August. Among them are the Deputy Head of PGI and the Police of the Capital.

"I am the father of five children and I see every day my children's smiles. I would like children who don't have these opportunities to smile like my children", said Corneliu Groza, Head of the Capital Police.

Representatives of the Moldovan Metropolitan Church want to take children to excursions to the monasteries.

"These children probably do not know that we have monasteries in the country, we have tourist routes," said Vadim Cheibaş, the secretary of the Moldovan Metropolitan Church.

According to PGI data, in 2017, nearly 300 children abandoned their studies. Some have become victims of the crime and others have committed wrongdoing. Police data also shows that last year, 1,400 minors participated in committing eight hundred crimes, including murders, robberies or theft.