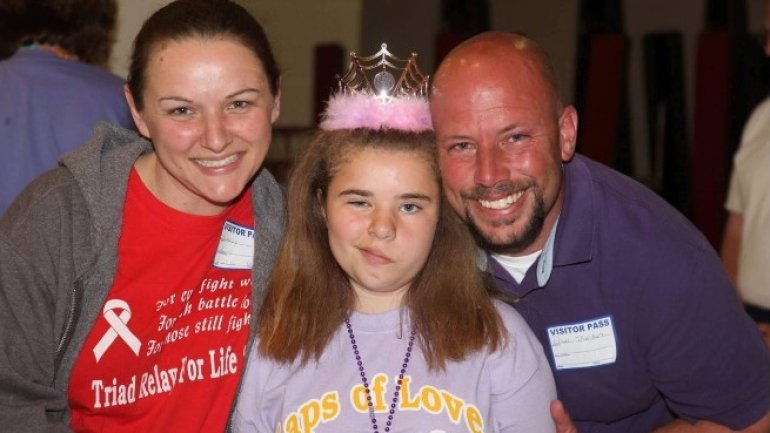 The relentless bullying became too much to handle for an 11-year-old girl with a "crooked" smile, her mother said, according to CNN.

At 3 years old Bethany Thompson was diagnosed with a brain tumor and battled through radiation treatments. Though cancer-free since 2008, treatment caused nerve damage that changed Bethany's smile. That, and her curly hair, led to bullying, said Bethany's mother, Wendy Feucht.

Feucht said after a particularly tough Wednesday with bullies, Bethany told her best friend she couldn't take it anymore, and was going to take her own life.

The Cable, Ohio, sixth grader killed herself that afternoon, October 19.

Her friend's father called Bethany's mom, but it was too late. Bethany found one of the two guns kept in the house, and shot herself just minutes after getting home. Her stepfather was asleep in another room.

Feucht said Bethany would have had to go searching for a weapon, as she and her husband never told their children where they were and kept the guns out of sight.

Triad Middle School was aware of the bullying problem, Feucht said. She had talked to the principal as recently as the Monday before Bethany's death. The principal told her he was investigating, Fuecht said.

In hindsight, Fuecht said she didn't get mad enough; to parents she said, "Call them, call them every day if you have to and eventually they'll be tired of hearing from you and actually do something."

Bethany studied in the Triad school system her whole life, so while her family considered transferring Bethany, her mom thought it safer to stay in a school where everyone knew her story.

Bethany saw a counselor to help her find coping mechanisms and deal with her struggles with self-esteem, Fuecht said.

Having the support of friends wasn't enough to keep the bullying away, however, and some boys in her class were known to bully Bethany and others regularly, Feucht said.

Bethany and her friend went to administrators with anti-bullying posters on Bethany's last day at school, and were told they couldn't be used, Feucht said.

They made signs with anti-bullying slogans like "Buddies, not bullies," she said.

The community has rallied around Bethany's family.

Nearly 400 people flocked to the North Lewisburg United Methodist Church on Sunday evening for a fundraiser to cover funeral costs. The raffle dinner event raised over $5,500, in addition to $2,000 offered in donations, said Ashley Cozad, a family friend who organized the event.

Donations and messages of condolence have poured in from all over the country and are continuing, Cozad said.

The family plans to use the remaining funds to set up a scholarship fund in Bethany's name and to raise anti-bullying awareness.

As the family tries to move on with a positive memory of Bethany, Feucht wants others to learn from their experience and identify with her daughter's struggles. "I am Bethany. Anyone who's been picked on, they've been Bethany."

They hope to be a part of movement, and that Bethany's memory will live on as a reminder of the importance of kindness and a zero-tolerance for bullying.

"If this were the last life, that her death could stop it, she would be thrilled," Feucht said.
AFLĂ imediat Știrile Publika.MD. Intră pe Telegram