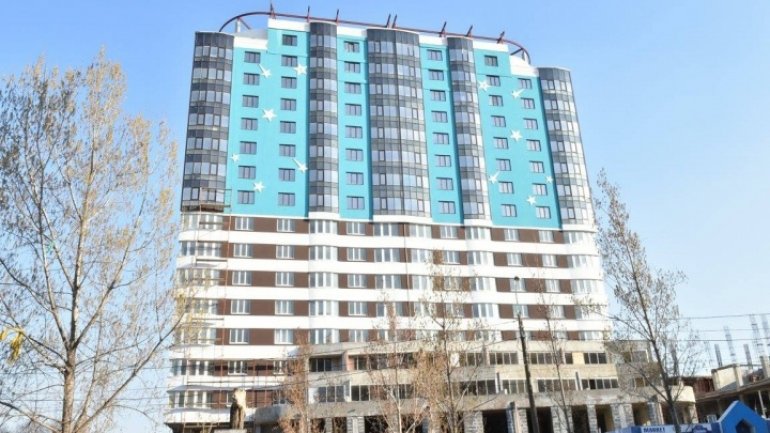 The suspects, in the period of the years 2007-2015, leading the activity of two commercial societies, under the pretext of the construction of the housing complex "Palm trees and Stars" from street Ginta Latina 8, received money in sum of over 4 million euro, that were used not according to the destination, for personal goals, for the refunding of the contracted credits and other.

A large part of the money was received by one of the members of the illegal group with the issuing of some receipts. The money, received in cash, were deposited in the account of another enterprise, from the name of the founding-group of the respective enterprise, as personal investments and not of real investors.

The respective investors don’t possess confirmation documents regarding the payment of money for the construction of apartments.

The suspects admitted intentionally and favorized the registering of the procedure of insolvency of both enterprises, including in the debt table certain sums essentially decreased opposed to the ones transmitted by thee physical persons who signed investment contracts.

The solution proposed by the administrator of the insolvency procedure to finish the construction of the first housing complex was the payment by the investors of the sum of 50 Euro/1m2, in total over 10.000.000 lei. This constitutes additional burden for the investors, which wouldn’t have taken place in case of the use of the decision factors of enterprises of financial means according to the destination (for the construction of the housing block).

400 families are to suffer, people who practically didn’t pay the apartment’s cost fully and don’t have where to live till the present moment.

There were detected and taken registration certificates of the luxury cars purchased from the investments of the prejudiced parties, the stamps of the affiliated enterprises, receipts of receiving of financial means cash by the founders of the enterprise, bills and provisions of collection of the money from investors, which weren’t registered in the enterprise’s accounting record of the enterprise’s accounting collecting and led to the non-validation of the debts of these within the insolvency process, as well as other probationary financial means of probation that demonstrate the suspects’ guilt.

On March 29 2017, the three persons suspected of fraud in extremely large proportions were retained for 72 hours.

Several goods; parking places, apartments in Chișinău, personal cars and terrains outside the city in the suburbs of Chișinău municipality belonging to the suspects were also placed under seizure.

Seven luxury cars fabricated in the period of the years 2004-2011 (Range rover Sport, BMW X5, Mitsubishi Outlander, Mercedes, Jaguar XJ) purchases by the leadership from within a limited responsibility society. The total value of the seized goods is of 9.183.479 lei.

The suspects risk a punishment of 8 till 15 years of jail if found guilty.