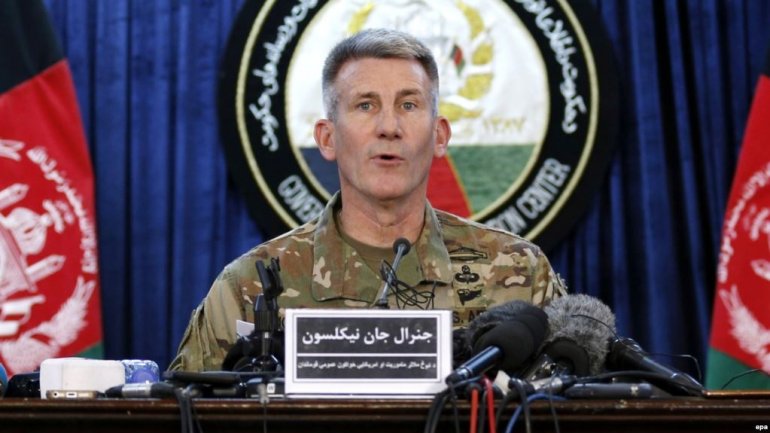 The June 3 air strike, which targeted a major militant hub in the province's Achin district, cut the extremist group's communications and connections to IS in Syria, a U.S. statement said on June 16.

Jawad Khan's death "will disrupt the [IS] network, degrade their recruitment process, and hinder their attempts to conduct international operations," General John Nicholson, commander of the U.S. forces in Afghanistan, said in the statement.