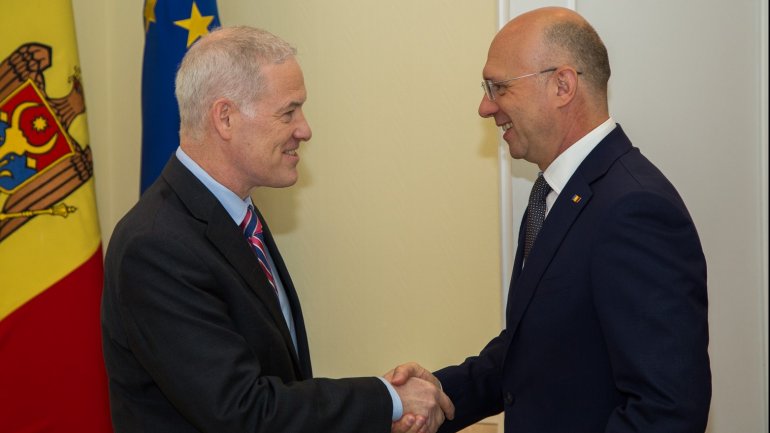 The two officials had a dynamic conversation regarding the tasks and actions which should follow next regarding the situation with Transnistria.  Prime Minister Pavel Filip, once again, opened the topic of solving the problems with Transnistria, using authorities from Moldova and confirmed the necessity of a political view altered for the special region of Transnistria, while respecting their sovereignty and integrity in the Republic of Moldova.

The Prime Minister will cover the main actions taken by the Government’s Central Public Administration Reform, where the potential and capacity of the Reintegration Policy Bureau will be analyzed.

The meeting also covered subjects regarding the OSCE’s mission, the new Holocaust Museum, the interethnic relations and the situation with Gagauzia.

Ambassador Michael Scanlan liked, in particulary, the Government’s strategy for consolidating the interethnic relations in the Republic of Moldova throughout the years 2017-2027, mentioning the importance of a practical and equilibrated plan for 2017-2020, for an efficient strategical implementation.

Pavel Filip, on the occasion, confirmed the ability of the executive to ensure the optimal conditions for the integration of national minorities in the society and informed about the positive development regarding the opening of the Holocaust museum in Chisinau