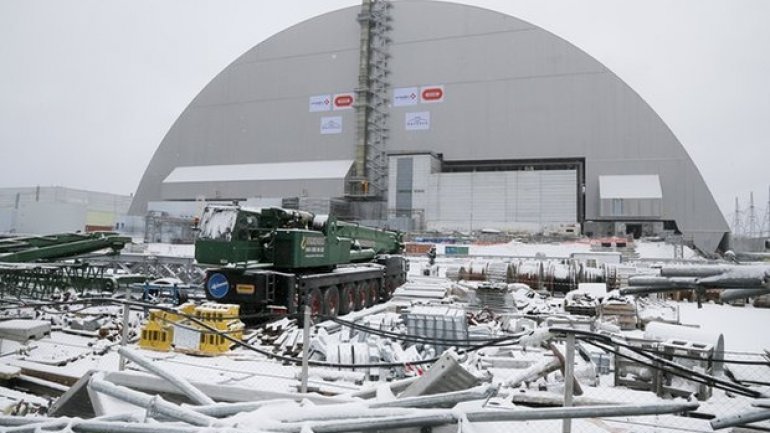 Reactor number four at Chernobyl, the scene of the worst nuclear accident in history, has been fully enclosed by a vast steel shelter designed to prevent radiation leaks from the site, The Guardian reports.

The structure covers the reactor and the unstable sarcophagus hastily built by Soviet authorities in the immediate aftermath of the disaster 30 years ago. The shelter is said to be the largest land-based movable object ever constructed. It took several years to build at a cost of more than €1.5bn (£1.27bn).

The huge steel arch was moved into place over a period of several weeks, and the completion of this procedure was celebrated with a ceremony at the site on Tuesday, attended by the Ukrainian president, Petro Poroshenko, diplomats and site workers.