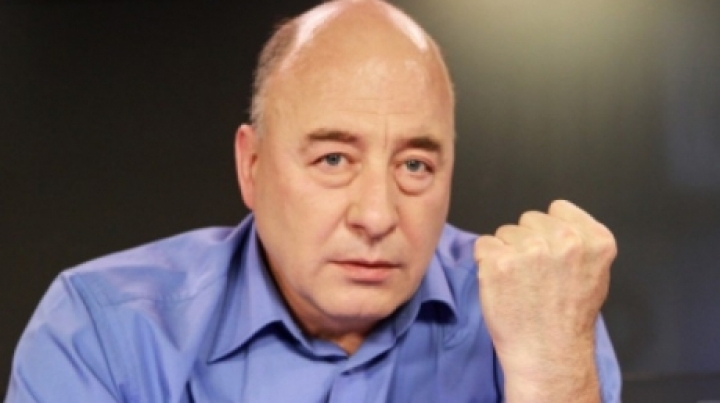 While Constantin Cheianu continues to speculate on the incident involving his daughter and trying to victimize himself, his daughter believes that the broken window of her apartment is a coincidence unrelated to her father's work. Police investigations show that the fire was shot from a nonlethal weapon. In Chisinau this year there were other similar cases of hooliganism with the use of pneumatic weapons.

Our filming team managed to speak with the daughter of  Constantin Cheianu who said it most likely is an incident unrelated to the concerns of her father: "Do you think that has to do with the work of your father?; "I can not tell you. I think it's a coincidence."

Neighbors said they did not hear anything and did not know about the incident:
"It's the first time I hear. I can't simply say anything."

"I heard nothing. It's the first time I hear about the incident. We were watching TV series late at night and the sound was strong and we didn't hear any noise."

Constantin Cheianu, pamphleteer of Jurnal TV station, behind which sit fugitive mobsters Victor and Viorel Topa, wrote about it on a social network, implying that the incident would be a consequence of his public activity.

"Any statement, any material of this type they place both on 'Jurnal de Chisinau' or on any media trust have a clear purpose. In my vision the purpose is excessive victimization to get something. In order to manipulate public opinion, to pour fuel on the fire, to excite some sympathy or antisimpathy to a politician" , said political analyst Victor Gurău.

Commenting on Constantin Cheianu's statements, the political analyst,  Vitali Catana believes that this approach is an act of manipulation.

"They're trying to manipulate public opinion to provoke emotions, which in turn create perhaps a violent  uncontrolled reaction from citizens. It happens because they no longer have fear, nor other subjects, no longer have what with to sustain their actions" , concluded Catana.

Despite attempting to politicize the case, Cheianu Constantin's daughter, said in Chisinau must have been similar incidents of hooliganism with the use of weapons. According to police, the first six months of this year there were 29 cases in which the air gun was used.