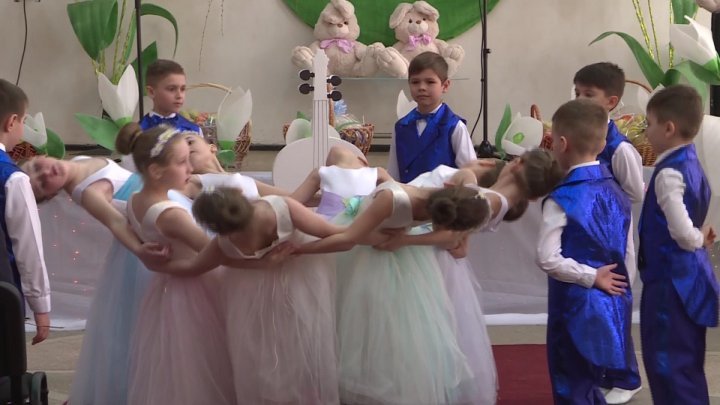 Almost 125 thousand lei have been gathered within a charity event held in Cahul. The money was collected for the treatment of two seriously ill girls, to be operated abroad.

Lia Maria Nicolinco is one year and eight months old, but has already undergone four surgeries. After birth, he was diagnosed with cardiac malformations and the family needed 6,400 euros, so the baby was urgently operated.

"A lot of people came to us, they heard our case, they gave us money, we have relatives in America, who helped us," said Viorica Nicolinco, the girl's mother.

"We have great hopes, it is very strong, and with such malformations the children do not last for more than a week, but instead, God has taken care of her, we have great hopes, I hope everything will be okay", said Vasile Nicolinco, the girl's father.

To help Lia Maria, but also another girl suffering from congenital malformations in the bladder, a charity concert was organized with the title "De Florii pentru copii".


The event took place at the initiative of the Women's Business Association in Cahul, but also, the Democrat Deputy, Elena Bacalu. The organizers welcomed the generosity of people who donated money for sick children.

"We want these children to return to the country to be healthy. The pain of a parent who has a sick child is indescribable, let's try to be closer to those who need our care and support," said Elena Bacalu, deputy in parliament.

"It has turned out that all those who have not been indifferent have shown a great soul, they have shown empathy", said Svetlana Moraru, president of the Cahul Business Women Association .

Daria, the little girl in the picture, will be subjected to months of intervention in Chisinau, paid withthe money of some people with a big soul. PDM Deputy Elena Bacalu gave the child a mobile phone that she wanted.
AFLĂ imediat Știrile Publika.MD. Intră pe Telegram