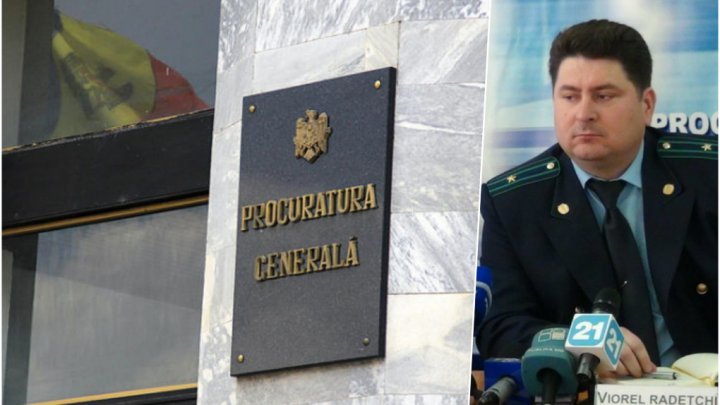 Realitatea.md received some information from an anonymous source about Viorel Radetchi, the prosecutor managing 'state power usurpation' file. According to the source, the prosecutor operated multiple illegal property dispossession through front people.

Three illegal actions of prosecutor Radetchi have been disclosed to us. While working for Anti-corruption Prosecution, he was 'recruited' by the former Moldova-Gaz director Alexandru Gusev to ensure protection to solve law violations. In return, the prosecutor was receiving illegal remuneration. In the same period he was given a Skoda Superb and a real estate in Stauceni worth of about 250 000 Euros.

Skoda Superb appears in his financial statement of 2016 and 2017 and for the last year the prosecutor specified selling this car for 50 000 MDL.

Contacted by realitatea.md, Viorel Radetchi denied the charges and called them aberrations.

Another case in which is involved Radetchi is about Bolohan, Orhei terrains.According to the source, Viorel Radetchi along with the district commissar would have illegally bought state terrains at superficial prices to sell them at much bigger prices. The terrains could have been exploited as a stone-extracting quarry and the investors were interested in that zone.

These charges were also named aberrations by Radetchi.

The third case is about Brezoia, Stefan Voda terrains and orchards, where the prosecutor would've 'collaborated' with Georgeta Balmus.

She would've gained through illegal methods goods in high proportions from Arabian Emirates investors: over one million USD. After starting the criminal investigation, Georgeta Balmus declared of giving up the gained goods to the one who will help her to solve the criminal file. The terrains and orchards would have got in Radetchi's sight, who intervened multiple times in this case.

According to the source, the criminal investigation was suspended and the Court's decision was classed. After retrial, Georgeta Balmus' sentence was again in force. Criminal case of two Balmus family members (father and son) were delayed at Radetchi's indications.

Radetchi remembered about Georgeta Balmus, denying  the rest of the details.

'These are wrong and malicious information operated by those who give them to mass-media. I don't know what to tell you. It is an aberration. Georgeta Balmus is s simple petitioner. The case have been examined', Radetchi said.