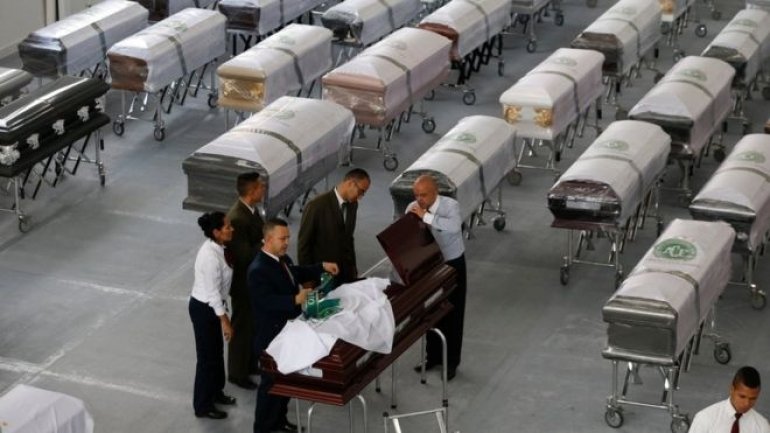 The bodies of 71 people killed in a plane crash in Colombia that devastated a Brazilian football team are being returned home, as the team's home town prepares for a memorial service, BBC reports.

More than 100,000 people are expected to turn out for a ceremony at the team's stadium in Chapeco later.

Just six people survived Monday's crash outside Medellin, where Chapecoense were due to play a regional final.

Brazilian President Michel Temer is due to greet the planes at the airport.

But he is not expected to go to the ceremony at the stadium, reportedly amid concerns about protests taking place. Fifa's Gianni Infantino will be attending the service.

As the bodies were taken to the airport in Medellin on Friday, hundreds of people lined the road to pay their final respects.

The remains of the Paraguayan crew member Gustavo Encina were handed over to his family in Paraguay.

Authorities are still investigating the cause of the crash. A recording has emerged of the pilot asking the control tower for priority to land because he was out of fuel.