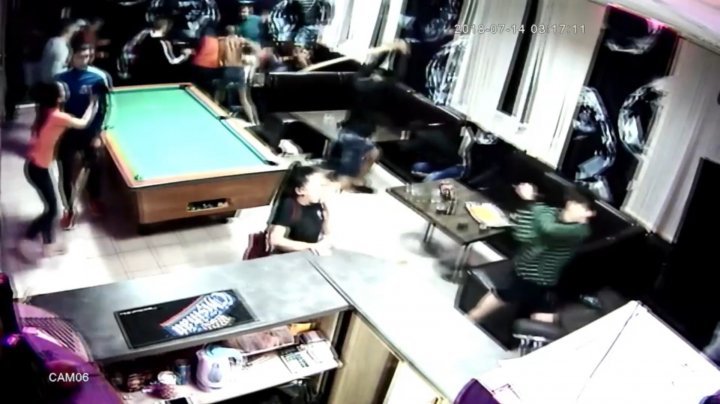 Strong beating in a bar in Bobeica village, Hânceşti district. Several young people started creating chaos, hitting and kicking people in bar at midnight. The booing was caught by the local surveillance cameras.

The beating started after a group of aggressive young people broke into the bar and began attacking the clients. The aggressors used everything they had in their hands, from billiards to glasses.

"The cause of this violence is to be established. I realize that they had previously had other clashes," said Lilian Luca, head of Hânceşti IP.

The aggressors are not from the village. They acted in an organized manner because they gathered from several localities.

"There were two people who took the billiard balls and threw, they struck me, they hit me over my face, and I jumped over the window, " said a witness.

The police have already identified 15 attackers.

"Unfortunately, it's impossible for the aggressors to be arrested because they hid in different directions after the violence", said Lilian Luca, head of Hânceşti IP.

One of the youngsters involved in the confrontation has a leg fracture.

The case is being investigated by the police.