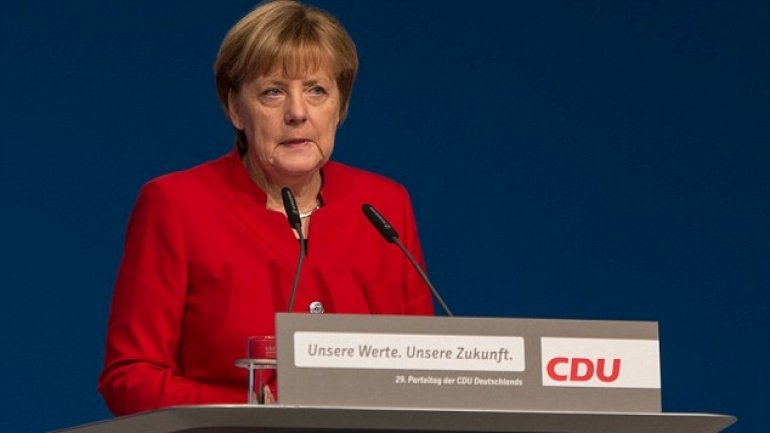 Speaking to a cheering conference of her center-right Christian Democratic Union, Merkel — who is launching a bid for a fourth term in elections next year — used her strongest language yet to back a proposal by conservative elements in her party.

The plan would make it a regulatory offense for women to cover their faces in courtrooms, administrative buildings and schools, as well as while driving or attending demonstrations.

The call echoes proposals in France and other European nations to put restrictions on full-face coverings such as the burqa or other Islamic traditions for women such as the niqab, which shows only the eyes.

Merkel has previously decried full Muslim veils as a hindrance to migrant assimilation into Germany society. But her words at the party conference — reaffirming her as its candidate and leader — seemed aimed to appease her internal party critics who have charged her with recklessly opening the door to hundreds of thousands of asylum seekers fleeing war.

Merkel has since taken steps to stem the tide, including negotiating a deal with Turkey earlier this year to block migrants from crossing into Europe.

On Tuesday, she reiterated that she would attempt to thwart any new wave of refugees — many seeking to reach the West from war-ravaged places such as Syria and Iraq.

Other nations in Europe including France and the Netherlands have already instituted partial burqa bans.

Over the summer, the French beach town Cannes recently banned the so-called burkini, a swimsuit that covers a woman’s body and head. Several other French coastal towns followed suit, with seven municipalities banning the swim wear or planning to do so.