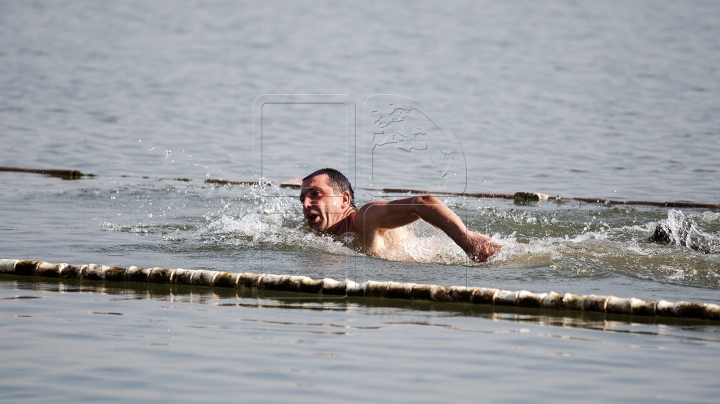 Throwing the life buoy, long-distance swimming, going with the boat on waters, and rescued dummies. There are just a few of the tough tests passed by the best rescuers, who are participating in the competition “Divers’ polyathlon”. The championship will take place near the lake Ghidighici.

The most difficult test for contestants was swimming for a distance of 50 meters with taking the dummy from the water in a race against time.

The contestants say that the test was easier than the cases when at stake is the life of people.

A contestant who is participating for 30 years in this competition came with advice for young rescuers.

The almost 100 contestants divided in 19 teams have to pass six tough tests.

At the 52nd edition of the championship are participating both rescuers from the search-rescue squads from the Emergency Situations Service and rescuers from the rescue stations across the country. the contest will end on Wednesday, when the winners will be rewarded.