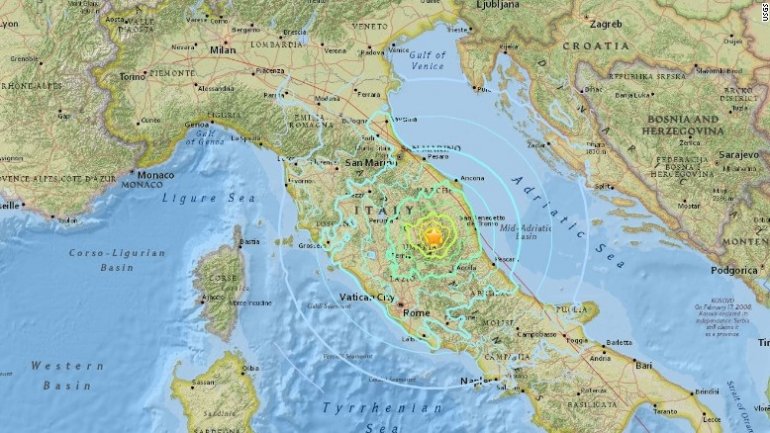 A magnitude 5.0 earthquake struck central Italy on Thursday morning in the same region hit by recent strong quakes, the US Geological Survey said, The Guardian informs.

A magnitude 5.0 earthquake is considered moderate and is capable of causing considerable damage. The shallow depth would have intensified the shaking at the surface.

Two earthquakes measuring 5.5 and 6.1 hit the area a week ago, followed by a 6.6 magnitude quake on Sunday, the biggest temblor to strike Italy for 36 years.