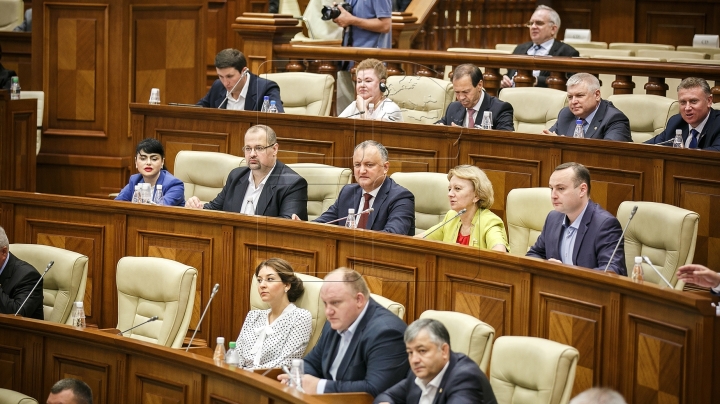 Great fail for PSRM-PLDM-PCRM coalition. The censure motion given against Filip Government was voted by 30 deputies, less than the number of those who signed the document. Moreover, a part of them were absent from the Parliament meeting. The necessary number for the Government resignation is of 51 votes.

The initiator of the motion, the socialist leader, Igor Dodon, has declared after the voting, that since the beginning he was convinced that he could not take off the Government, and his objective was different.

The PLDM deputy Iurie Tap has declared that the liberal-democrats have signed the censure motion because the parliamentary majority did not accept the fact that Government should present a report in Parliament.

The non-affiliate deputy Iurie Leanca has mentioned that even though there are some complaints regarding the actual Government, he did not support the motion because he did not want to throw the country in chaos and political crisis.

In his turn, the leader of Liberal Party Mihai Ghipu heavily criticized the parliamentary opposition.

The president of PDM Marian Lupu has mentioned that the actual Government works for citizens and not for political parties which are represented by ministers.

At the meeting were absent more than half of liberal democratic deputies who signed the censure motion. They alleged health problems.