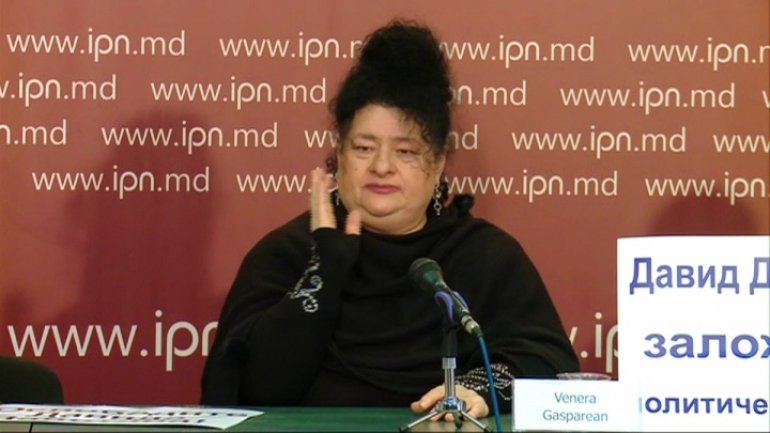 The ex-mother-in-law of the killer Vitalie Proca, Venera Gasparean, has invited the media to news conference, but has chased away the journalists asking uncomfortable questions.

She has tried to get out of the room the Publika TV crew but has given it up only after more reporters had told her she had no right to do that.

"If there is Publika TV, please leave the room. Get out! I don’t want to cooperate with Publika TV, with Prime, Canal 2, Canal 3," Venera Gasparean said.

She has decided to give a news conference about her son saying he’s innocent. She has added she’ll get to the Hague Court, after having said she would inform Donald Trump and the British Queen.

Her son David Davitean is probed for robbery committed four years ago and for the fact that he shot a man in the leg in 2004.

In 2012, Proca’s brother-in-law and two accomplices, allegedly illegally entered an apartment in Chisinau. They attacked with a gun an advisor to the businessman Anatol Stati.

In march 2012, the businessman German Gorbuntsov was attacked on a London street, but survived.

The British law-enforcers suspect the Moldovan Vitalie Proca of the attempt.