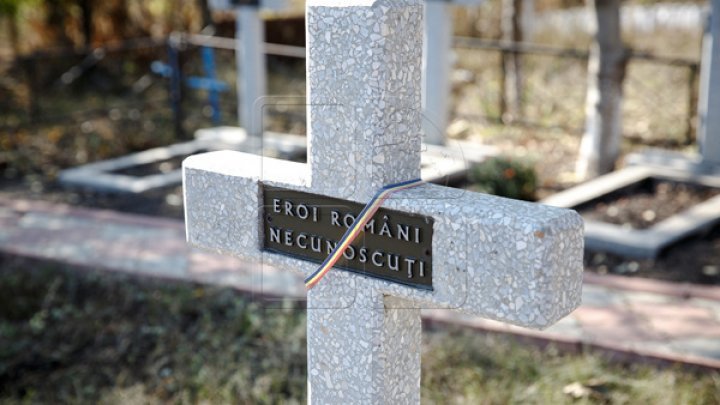 The Honor Cemetery of the Romanian soldiers fallen during the Second World War in the village of Tabara, Orhei, was rehabilitated. A memorial requiem by a group of priests headed by Metropolitan of Basarabia, St. Peter was held today.

"In memory of the Romanian heroes fallen on the battlefield, please keep a minute of silence."

The cemetery was first set up by a group of combatants who participated in the war on the Dniester.

"Immediately after the war, I learned that there are several soldiers buried here," Vasile Roman participated in the conflict on the Dniester.

The ceremony was attended by several officials from Chisinau and Romania.

"I am glad that even after decades it could have been possible, by the donation, by the contribution of the inhabitants here, to have a place to show our gratitude for our ancestors," said the participant in the conflict on the Dniester, Daniel Ioniţă.

The event was organized by the Romanian Embassy and the Ministry of Defense on the occasion of the Romanian Heroes Day marked today.

During the operation Iasi - Chisinau during the Second World War more than a thousand Romanian soldiers died on the territory of our country. About 80 soldiers are buried in the cemetery in the village of Tabara.