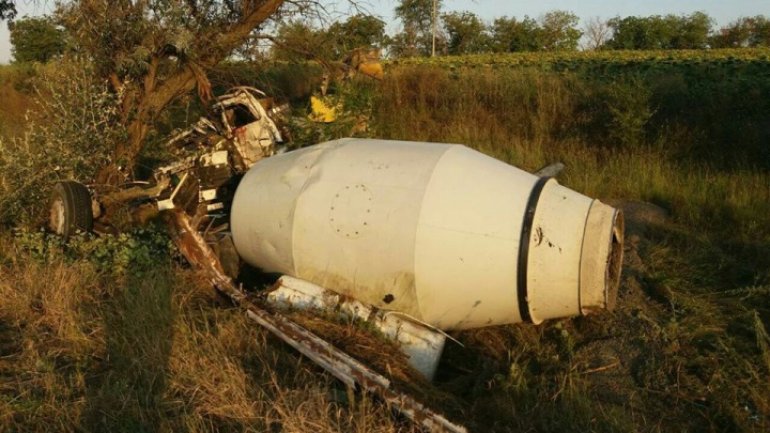 A 45-year-old man was killed after the cement truck he was driving hit a tree, then overturned. The tragedy occurred this morning at the exit of Şişcani village (Nisporeni district).

There was only driver in the vehicle. The man was dead on the way to the hospital because of his severe injuries.

The exact cause of the accident is being investigated.

The driver was assumed to have had lost control of steering wheel.

The case is being investigated by Nisporeni Police Inspectorate.