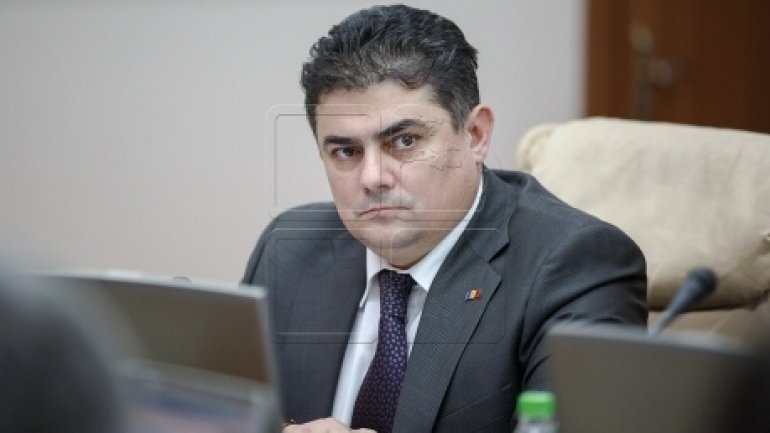 Central European Initiative (CEI) has a considerable capacity in approaching new challenges which are threatening the stability of our region. There is no doubt that the maintenance of stability and security in the region depends by each country and the joint capacity of developing the relations between the CEI member states. The declaration was made today, 13 December 2016, by the deputy prime minister Octavian Calmic, Economy minister, during the CEI Summit which is taking place in Sarajevo, Bosnia and Herzegovina.

In the point of view of the deputy prime minister Calmic, in the context of the new regional and international evolution, CEI has to expand its role of bridge between various regional organizations and initiatives, and macro-regional strategies, in order to increase the inclusion and the participation of all countries from South-Eastern Europe in strengthening the level of regional cooperation in the process of European integration of the aspiring countries.

In the context, the Economy Minister mentioned that Moldova will continue to implement the commitments taken in the framework of CEI on building a competitive and vibrant community which might face the present and future regional challenges.

"In the context of the last evolutions in Europe and in the region, it is an appropriate moment for a substantial reflection in regard to the future of the organization, watching the aim of the increase of efficiency of cooperation between CEI member states. Now more than ever has to be taken into account the potential of a joint answer to the present challenges from the region linked to the migration flows, terrorism, human traffic, other threats and risks for the regional security. It is important to identify joint actions, in order to optimize the organization's activities and to adopt to the realities from the region" said the deputy prime minister Octavian Calmic.

During the summit Octavian Calmic also specified that Moldova welcomes the CEI Action Plan 2017-2020 and considers that it will strengthen the cooperation of our country with regional organizations, especially in order to ensure a progress in important cooperation fields like economic and and social development, entrepreneurship, energetic and infrastructure field, justice, cooperation in security, education, science and innovations, etc.

"Whereas the European integration is an irreversible strategic objective for the foreign and internal policy of Moldova, we appreciate the commitment of CEI Secretariat in supporting this process of Moldova, of the relations between the aspiring countries and EU member countries" said Octavian Calmic.

In Sarajevo, the deputy prime minister Octavian Calmic discussed about the Moldovan-Belorussian commercial-economic cooperation with the prime minister of Belarus, Andrei Kobyakov, and the heads of delegations from Albania, Bosnia and Herzegovina, and other states.

In the framework of the Summit in Sarajevo, the delegations from Albania, Austria, Belarus, Bosnia and Herzegovina, Bulgaria, Czech Republic, Croatia, Hungary, Italy, Macedonia, Moldova, Montenegro, Poland, Romania, Slovakia, Slovenia, Serbia, and Ukraine discussed the aspects of speeding up the infrastructural connectivity in the region of Central-European Initiative, in the context of sustainable development process and of European and regional integration, and other aspects linked to the cooperation within the CEI