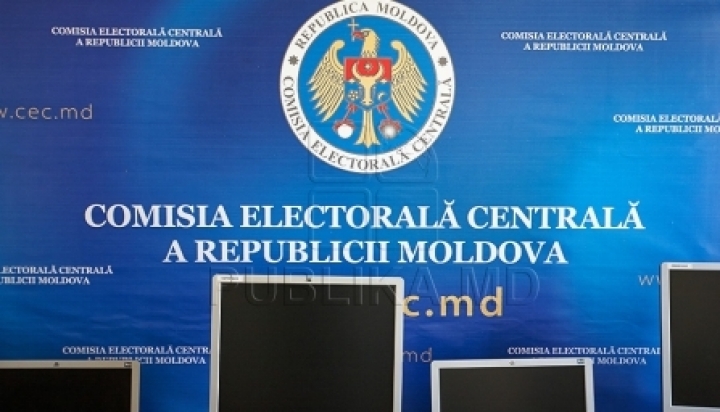 The Central Elections Commission (CEC) has registered Andrei Năstase, the leader of the Dignity and Truth Platform Party of the Ţopa mobsters, as a presidential candidate.

But the authority cancelled 10% of Năstase-backing signatures, after a series of irregularities had been uncovered.

The initiative group has not returned 14 subscription lists to the CEC, saying they had been lost.

The members of the fugitive Topa gangsters’ DA Party Țopa say they collected the signatures with donations, but have not notified the CEC regarding the donations they had received from citizens. The regulation of the Central Elections Commission expressly stipulates it’s mandatory to declare all the donations.

"We showed 650 lei, the minimum necessary to make and destroy the rubber stamp and bank operations. The rest was done by people in territories. They were volunteers," said DA Party initiative group leader Alexandru Slusari.

CEC chairwoman Aliona Russu says the CEC regulation requires that all the donations should be declared.

The Democratic Party representative at the CEC, Vadim Moţarschi, says he will repeatedly notify the CEC and the Personal Data Protection Authority concerning numerous violations committed by the initiative group of the party conducted the runaway mobsters Victor and Viorel Ţopa.

"I have notified that they had not declared even the rubber stamp, the rubber stamp expenses, as they apply it on their own documents. Today we see there is one more donation made after submitting the financial report. There is a reasonable supposition as to using personal data from the referendum lists and from the Năstase-backing signature lists," Vadim Moţarschi said.

Promo-LEX, a monitoring NGO, says the DA Party initiative group has not reported the genuine expenditures.

On the other hand, Promo-LEX representatives  say no deviations have been recorded in the process of collecting signatures backing the PDM candidate Marian Lupu.

Despite saying they work from donations only, the Dignity and Truth Party leaders drive luxurious cars. Alexandru Slusari, e.g., left today’s CEC sitting in a limousine. Andrei Năstase keeps up to the ‘standard.’ The wed godson of the gangster Victor Ţopa recently went to rally in a Mercedes S-Class, costing up to 80,000 euros.