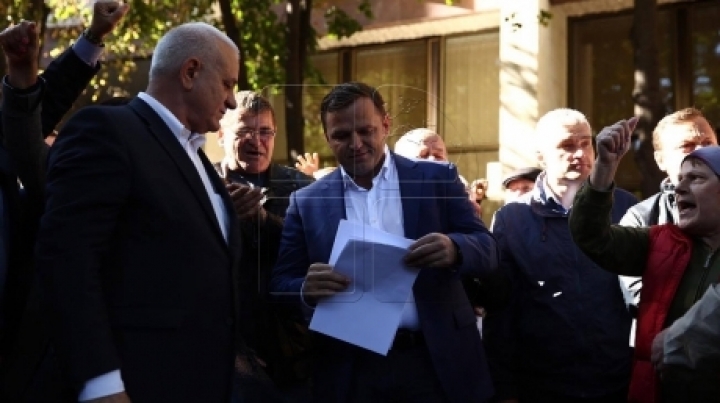 Democratic Party of Moldova filed today, on October 7th, an appeal to the CEC on several violations of electoral legislation committed by presidential candidate Andrei Nastase.

PDM charges Andrei Nastase's representatives who distribute leaflets that denigrate Democratic party of Moldova and its first deputy Vlad Plahotniuc, in order to affect the image of the Democratic candidate Marian Lupu in the presidential election campaign.

We note that this annoying activity of "Dignity and Truth" Party was noted in the report no. 3 of October 5th of Mission Promo-LEX Election Observation President of October 30th, 2016.

Also in the complaint filed by PDM, Andrei Nastase is charged that his campaign started long before September 30th and led an illegal process of collecting signatures.

PDM asks CEC to establish violations of electoral legislation by electoral representative Andrei Nastase, to prohibit the dissemination of leaflets that denigrate the PDM candidate by PPDA and apply legal sanctions under the Electoral Code.

Democratic Party believes that Andrei Nastase's actions and his representatives many poison the electoral climate in the country.

These "dirty souls" introduce profound negative feelings that create contrariety between citizens and generally do more harm to Moldova.