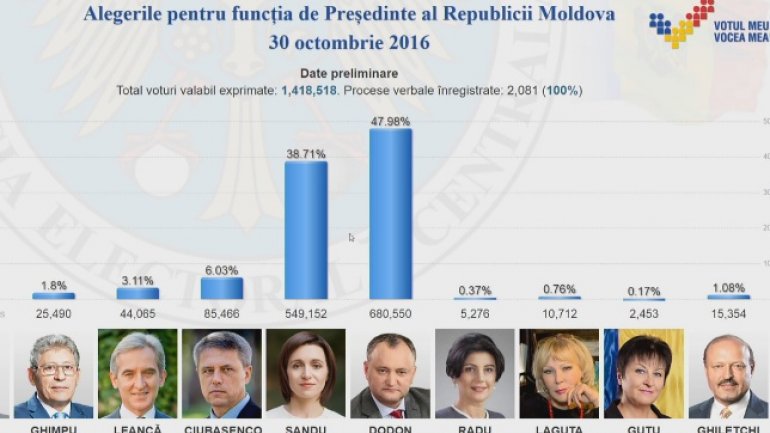 Approximately half of the citizens with the right to vote registered in the electoral lists have not participated in the elections. The declaration was made by the president of the Central Election Commission, Alina Russu.

Still, after processing the 100% of the minutes was found that at the presidential elections on 30 October 2016 participated only 1,440,733 persons.

After processing 100% of the minutes from all polling station, CEC data show that the candidates for the position of president have received the following results: Igor Dodon gained 47.98%, and Maia Sandu 38.71%.

At the same time, the other candidates received the following percentage:

PUBLIKA.MD mentions that at the presidential elections on 30 October 2016 participated 1.433 thousand citizens, which constitutes 48.96% of the number of electors registered in the electoral lists, the elections being declared valid.

The second round of presidential elections will take place on 13 November 2016.