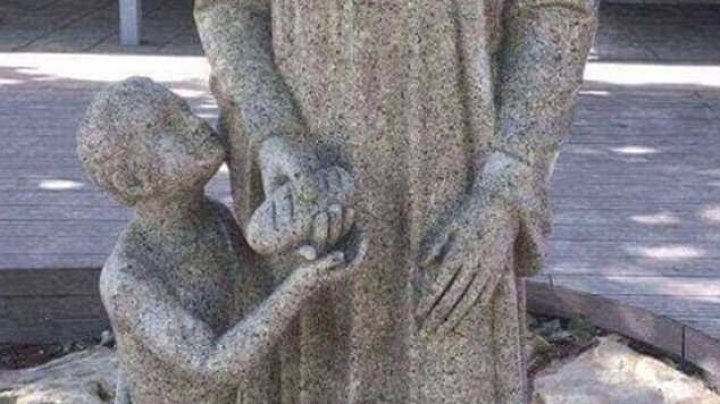 An unfortunately posed statue of a saint which had to be removed from a Catholic boys' school has been replaced with a park bench and sculptures of animals, reports Daily Mail.

The statue at Blackfriars Priory School in Adelaide's inner northern suburbs was unveiled in November 2017 and almost immediately became the subject of ridicule. Saint Martin de Porres was depicted with his hand wrapped around a loaf of bread which from some angles appeared to emerge at groin-level from his robes.

A boy in the sculpture stood beside St Martin with this arm outstretched and hand under the bread as he looked up into the 17th Century Peruvian friar's face. Now where the suggestive statue once stood there is a park bench and a cluster of fibreglass animals including a wombat, kookaburra, koala and labrador.

Principal Simon Cobiac told Daily Mail Australia that 'out of such an unforeseen and unfortunate event' the school had created 'a magical space for children.'