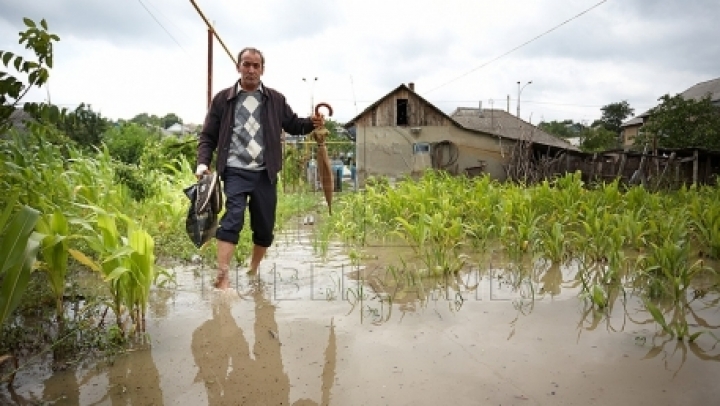 The last night rain caused havoc in Chisinau and some villages of Hânceşti and Leova southern districts. Lots of Chişinău streets were flooded, as on Albişoara street, the lowest in the city, the water level reached 1,5 m.

The draining system failed to stand up to the huge amount of water and many cars got stuck up.

Moldova’s prim-minister Pavel Filip urgently convened the officials of the responsible bodies to put up a plan dealing with the consequences. Another sitting with the agencies in charge was convened today at 9:00.

Nearly 200 houses were flooded yesterday in the Iargara village of Leova. The water went into the yards of many households in the village of Logăneşti of Hânceşti district.

Lots of basements were filled up with water in Chisinau dwelling blocks.