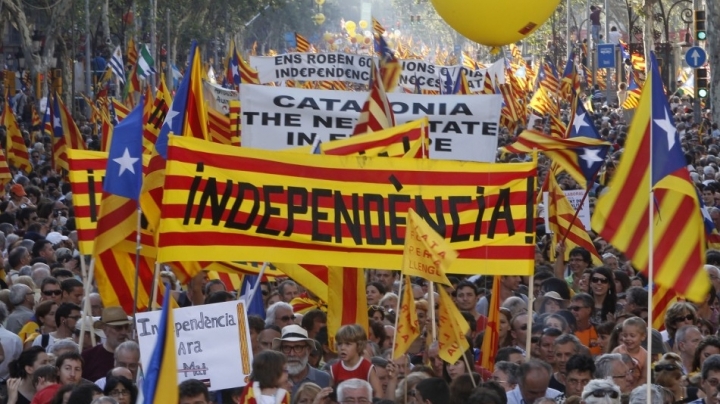 One of Spain's richest regions, Catalonia has repeatedly fought Madrid over its right to secede. Regional president Puigdemont has vowed to proceed with the referendum even without Spain's blessing, Deutsche Welle informs.

Catalonia's parliament approved an independence referendum vote on Thursday in spite of tensions with Madrid, which has argued that the prosperous region has no legal ground for full autonomy. The referendum it set to take place next September.

The move marks another setback for acting Spanish Prime Minister Mariano Rajoy, who has been engaged in a deepening standoff with Catalan separatists. His conservative People's Party has repeatedly rejected requests from Barcelona to hold an independence vote, going so far as to ask the Constitutional Court to annul a July resolution from the Catalonian parliament to pursue independence.

After Thursday's vote, the Constitutional Court said it was looking into whether it could file suit against the Catalonian parliament speaker for allowing the vote to take place.

Regional president Carles Puigdemont said last week that he was still up for negotiating whether the referendum would be legally binding or not, but that he would hold it with or without Madrid's permission.

Puigdemont is riding a wave of support after a comfortably winning a parliamentary confidence vote last Thursday meant to shore up approval for the independence movement. According to recent polls, around 48 percent of Catalans support secession, though that number is down a few percentage points from a few years ago.